Nations, Maps, and Drawing the Boundaries of Post-Ottoman Nation-States

Episode 15. Redrawing the Map of the Middle East

While maps create the illusion that borders are static, fixed, inviolable boundaries surrounding sovereign space, borders are in fact much more fluid than they appear on modern maps and are constantly being reconfigured. In this episode, Nicholas Danforth explores the ways in which the drawing of borders of the Modern Middle East in the post-Ottoman colonial order was variously arbitrary, haphazard, and even destructive. 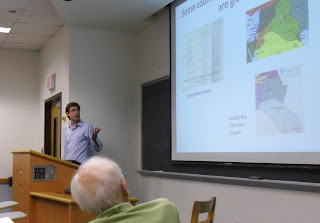