Can the Ottoman Speak?

The notion of putting one's feet up may be as old as the act of sitting itself, but the aesthetic of repose has varied across time and space. During the eighteenth century, European households sought to incorporate items that reflected the "Turkish mode of sitting" such as the ottoman, the sofa, and the divan in order to access the decadence and luxury of the East. However, with time, the ottoman, much like its imperial namesake, shrunk to the proportions of a small footstool and in the process lost much of its exotic charm. In our 50th and final episode of year one on the Ottoman History Podcast, we explore the all but forgotten history of this piece of subaltern furniture.

Chris Gratien is a PhD student at Georgetown University studying the history of the modern Middle East (see academia.edu)

Note for the listener: This podcast is not primarily a work of primary source research. It is a synthesis of published scholarship. Consult the following works below for the purposes of academic citation. 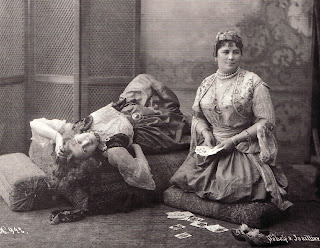