Ecology and Empire in Ottoman Egypt

70. Nature and Empire in Ottoman Egypt


Ottoman life was deeply embedded in the countryside and rural production, and thus, issues of irrigation and ecology surrounding the production of staple food crops ranked high on the list of imperial concerns. In this episode, Alan Mikhail explains the ecological history of the relationship between the Ottoman Empire and its breadbasket in Egypt, and explores other issues related to the nascent field of Middle East environmental history. 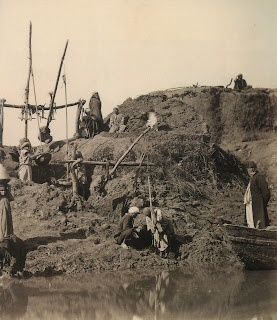 Tvedt, Terje. The River Nile in the Age of the British Political Ecology and the Quest for Economic Power. London: I.B. Tauris, 2004.