Ottoman Wireless and the World's Postmen

Ottoman Wireless and the World's Postmen

"Let's accept that there is nothing outside of possibility." These 59 characters are not a tweet from some San Francisco techie in 2013, but a part of an article from an Ottoman student named H. Rauf in Paris in 1911. Writing in the journal Servet-i Fünun, the self-described student of electricity clarified this vision of the, shall we say, impossibility of impossibility. Rauf said so "because today as a result of people's earnest endeavors (sa'y ve ghayretleri)...they are able to discover and invent everything." Rauf did not attribute this wondrous power to the almighty. Instead, the student seemed to think that elbow grease was the almighty. "Earnest endeavor is the mother of all human products," Rauf declared.

So what had dear Rauf talking like Icarus? Two words: wireless telegraph. Homeboy was real excited about this.  But not in the way you, or at least I, might expect. He didn't imagine, for instance, kicking back in Paris and lighting up a Papier d'Arménie while also keeping tabs on the latest political intrigues of Istanbul thanks to the wireless telegraph. No, Rauf was far more utilitarian than that.  He imagined instead how a boat far away from the shore would be able to stay in contact with both the shore and other boats around it in even "the most foggy and stormy conditions." You see? Anything is possible!

And if you're still an unbeliever, Rauf has some further advice for you. The vast majority of the article explains in technical detail exactly how a wireless telegraph works. It will likely mean little to people out there who aren't engineers, though I for one was happy to learn that the Ottoman term for "Hertz oscillator" was apparently "herç alet-i ihtizaziyesi." 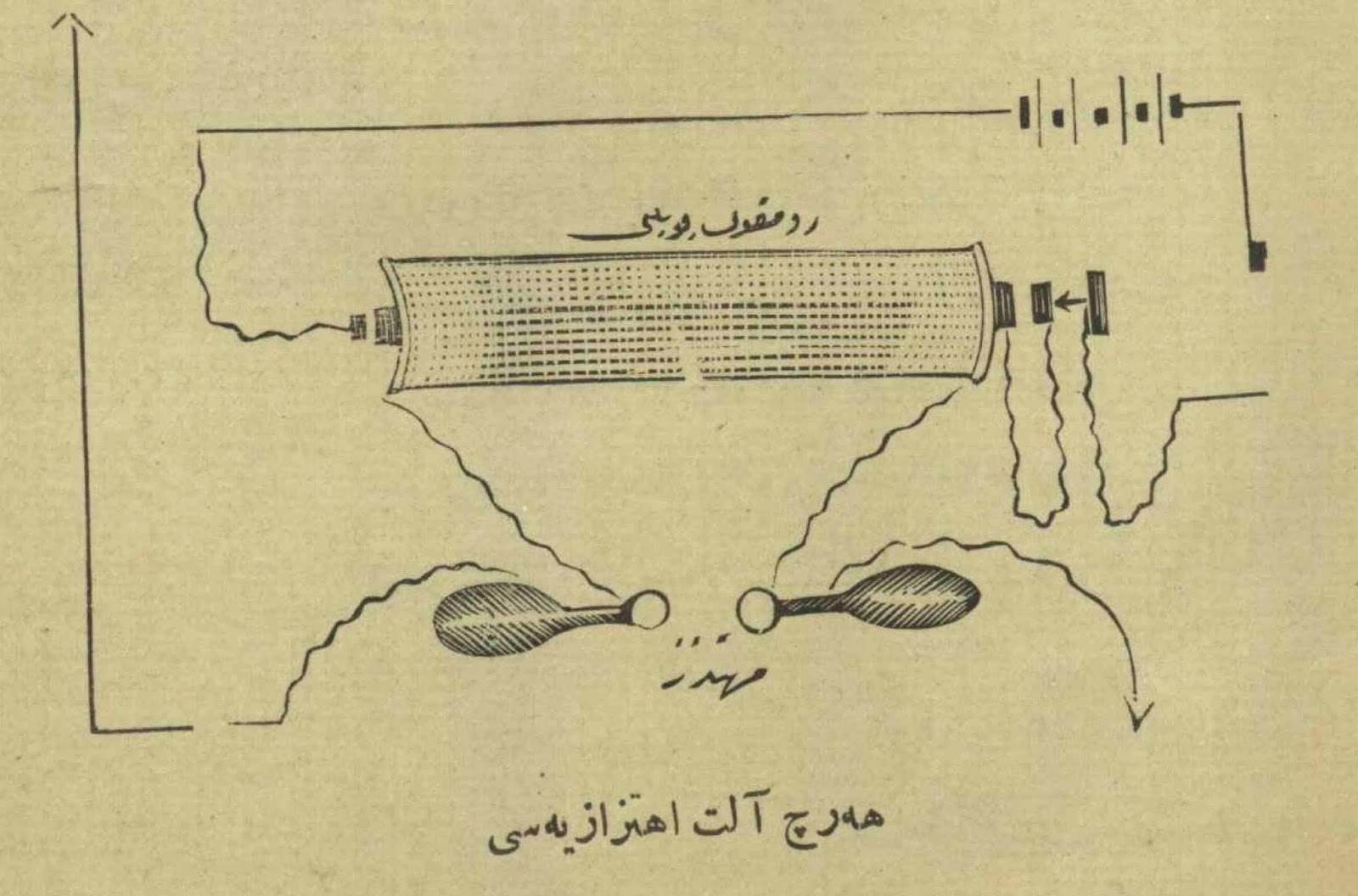 Yet by far the best part of this article is not the technological confidence of a young Ottoman far away from home nor is it the artwork (above) depicting the herç alet-i ihtizaziyesi. The best part of the article is an utterly unexplained visual accompaniment to H. Rauf's dreams of boats finding safe harbor thanks to wireless telegraphs: pictures of postmen from all over the world! There's absolutely no mention of Norwegians on skis, Manchurians with mules, or Canadians with dog sleds in the article. But nevertheless there they are directly adjacent to H. Rauf's article, in all their glory, all in the name of the mail. 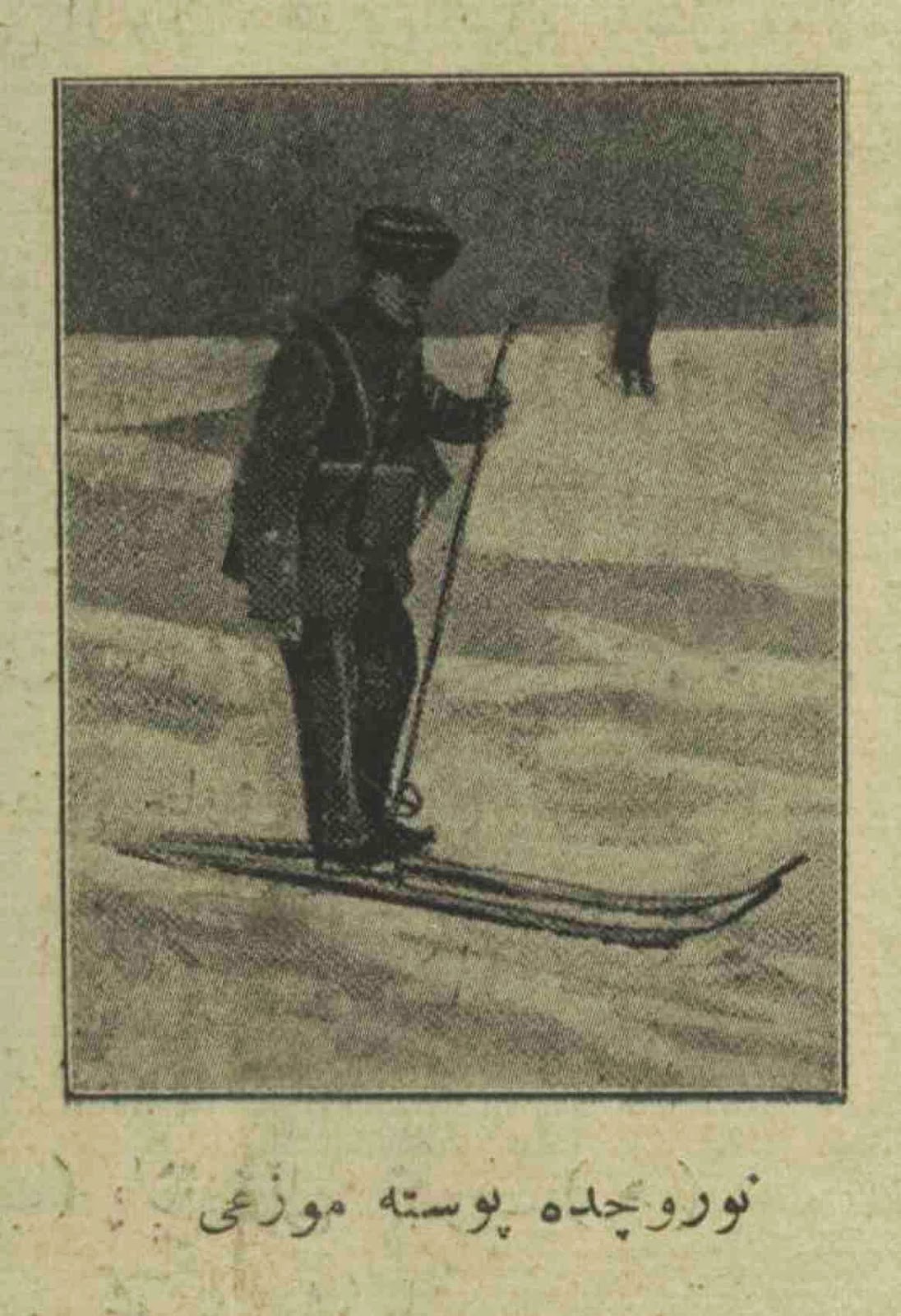 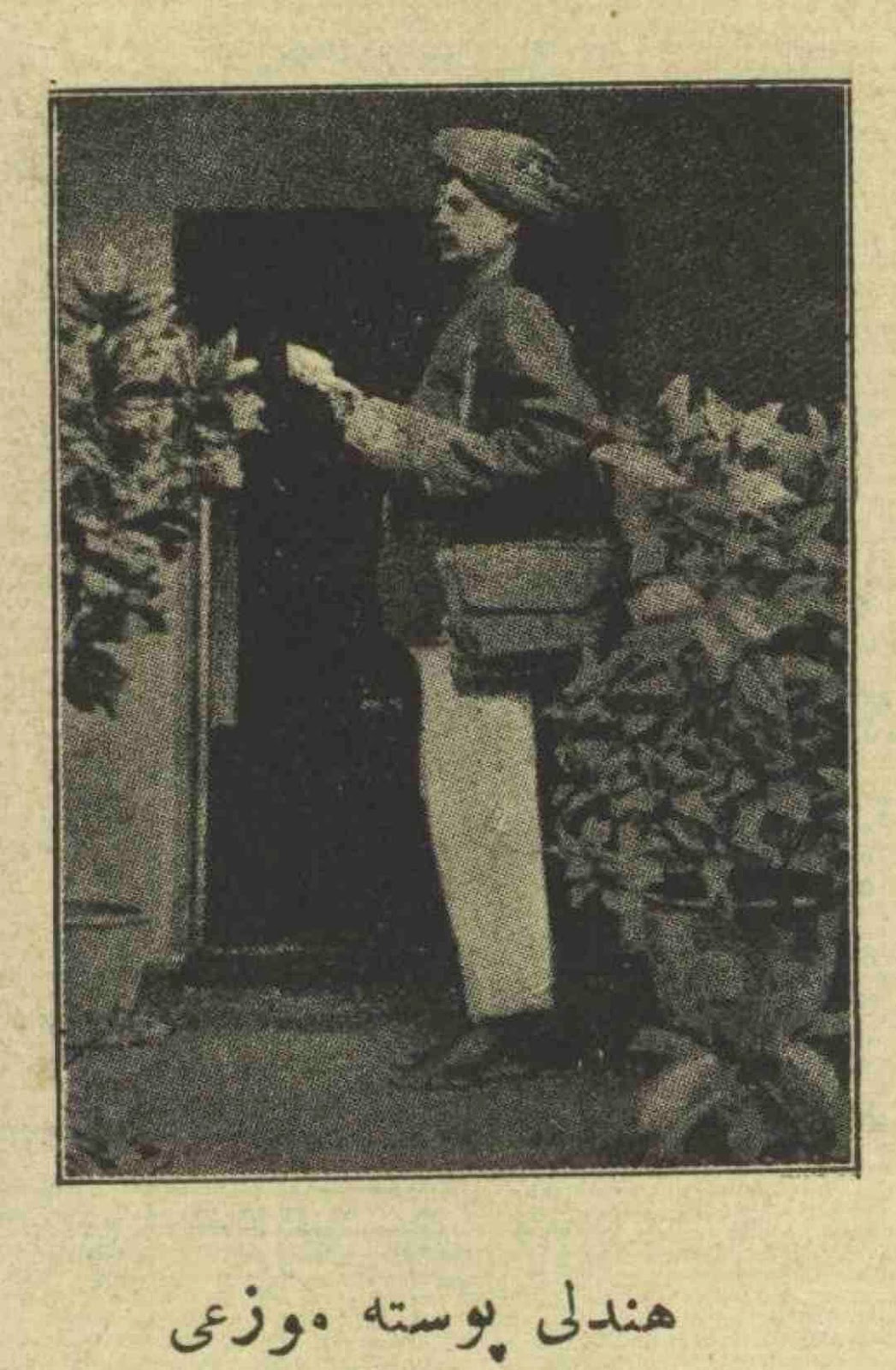 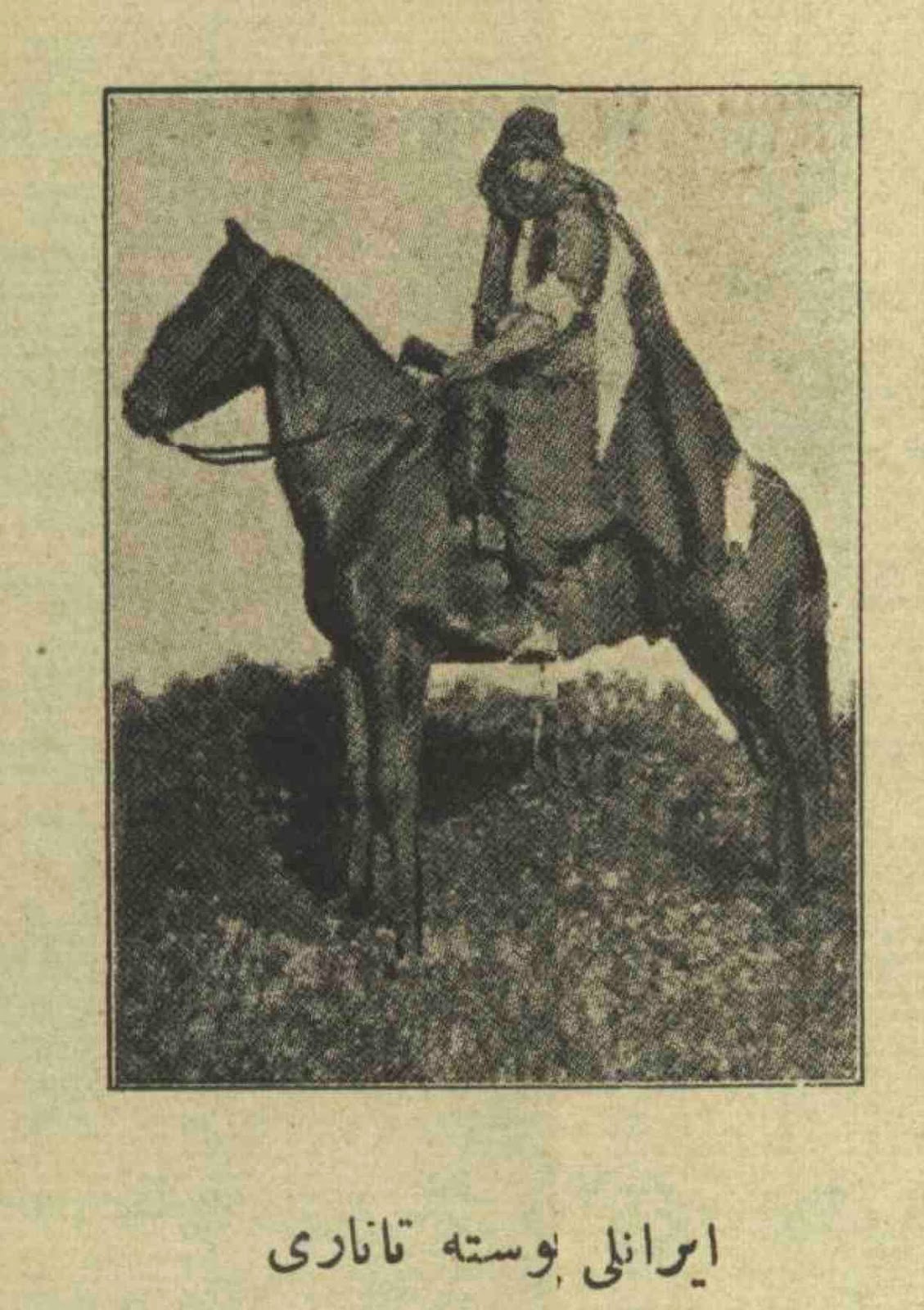 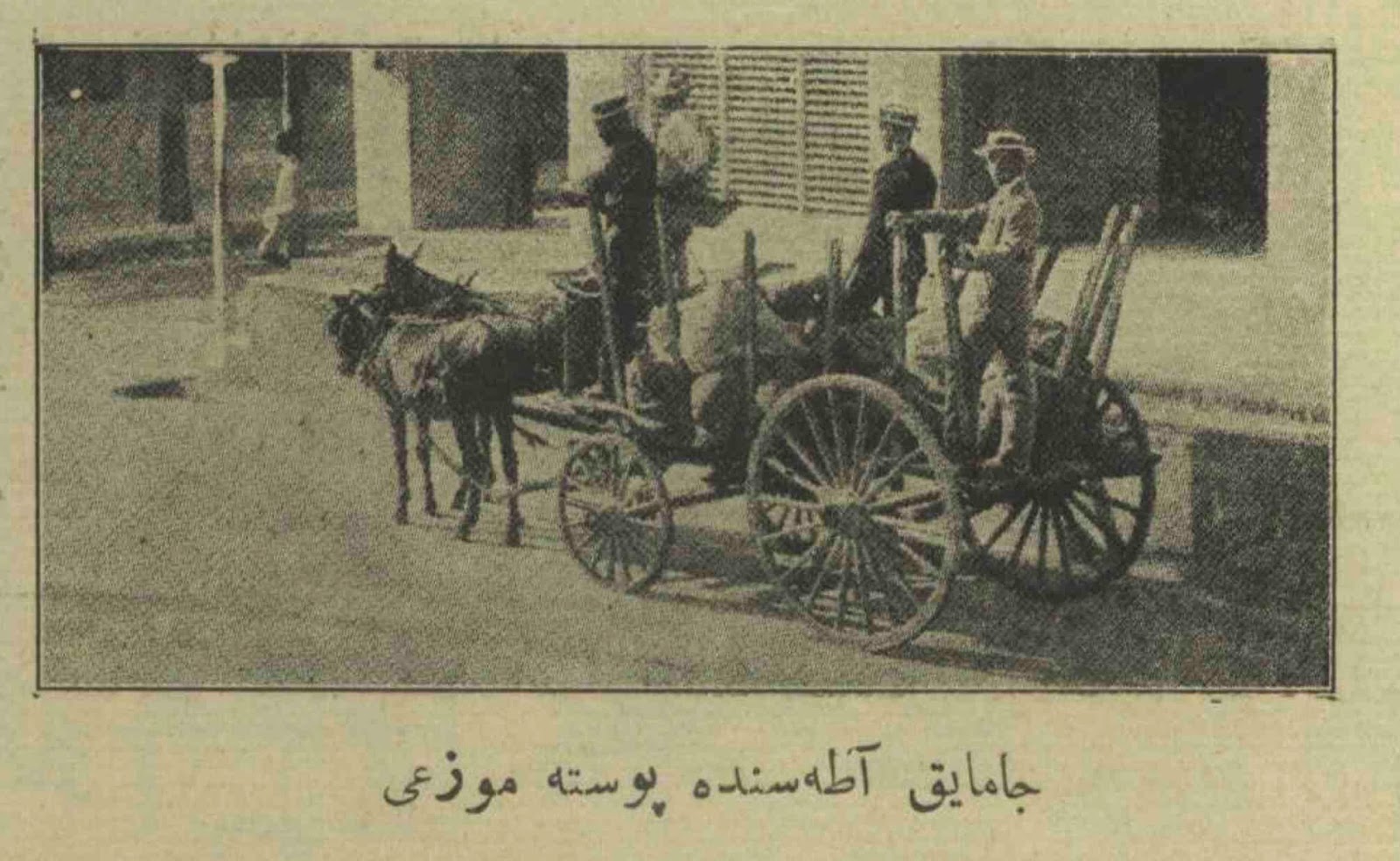 "Postman on the island of Jamaica" 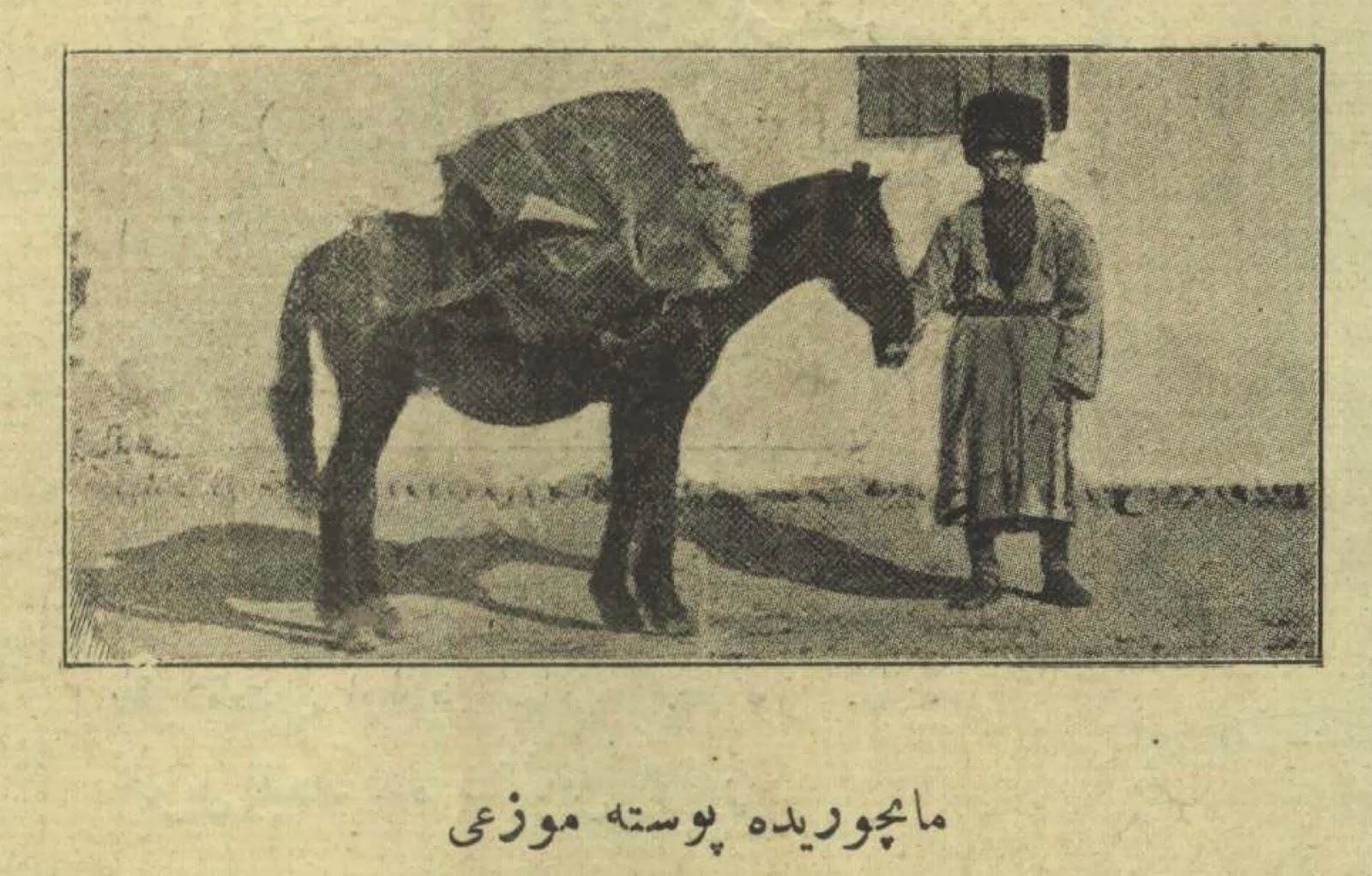 Given that these men and their occupation might become obsolete in a world of wireless communication, was their depiction the editors' way of demonstrating the human cost of Rauf's technological cheerleading? Maybe. Or maybe the pictures are just a way to fill up pages. In spite of all of my "earnest endeavors" to know why, I can only conclude that - contrary to H. Rauf's axiom - I must accept that explaining this choice is outside of possibility. 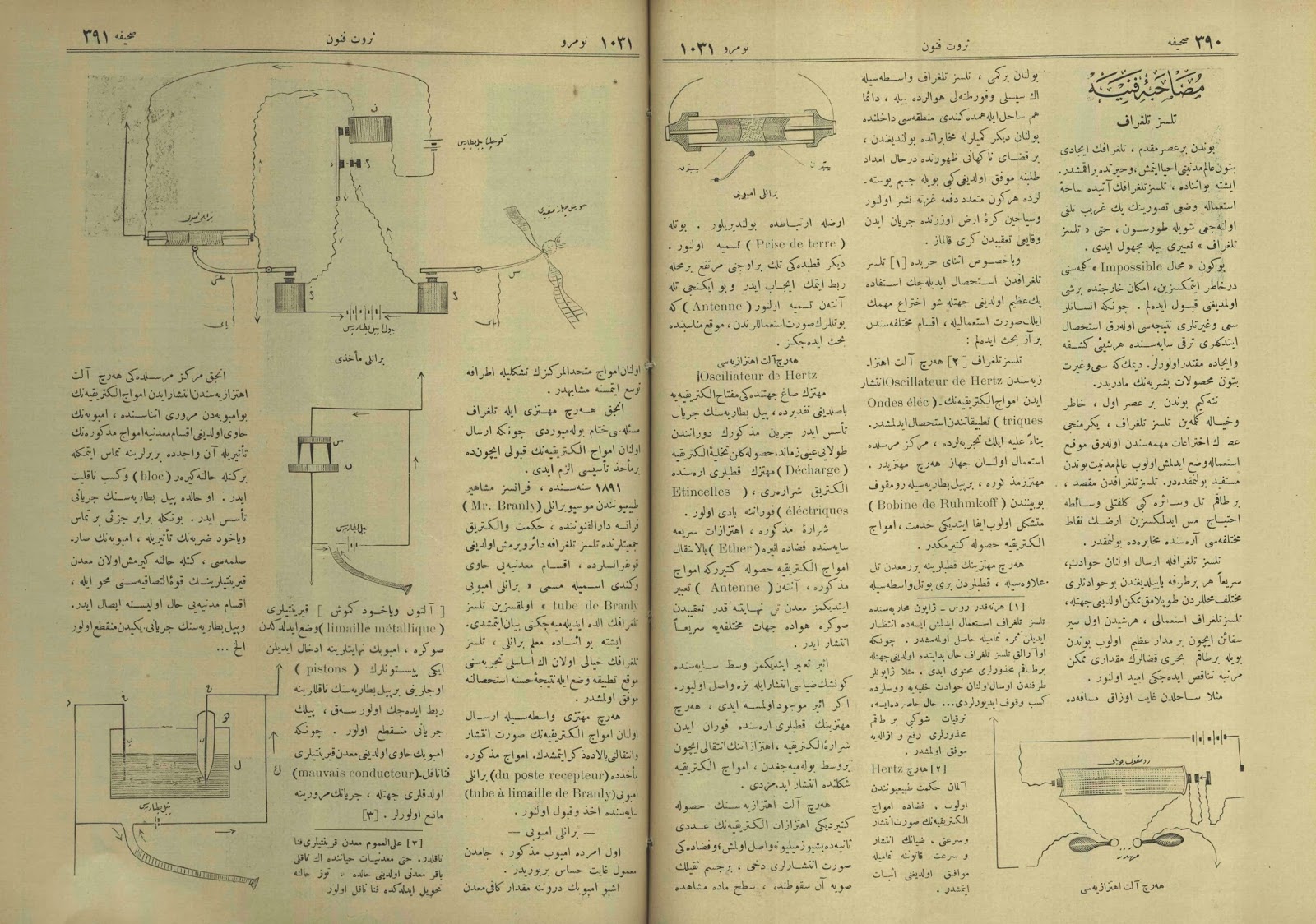 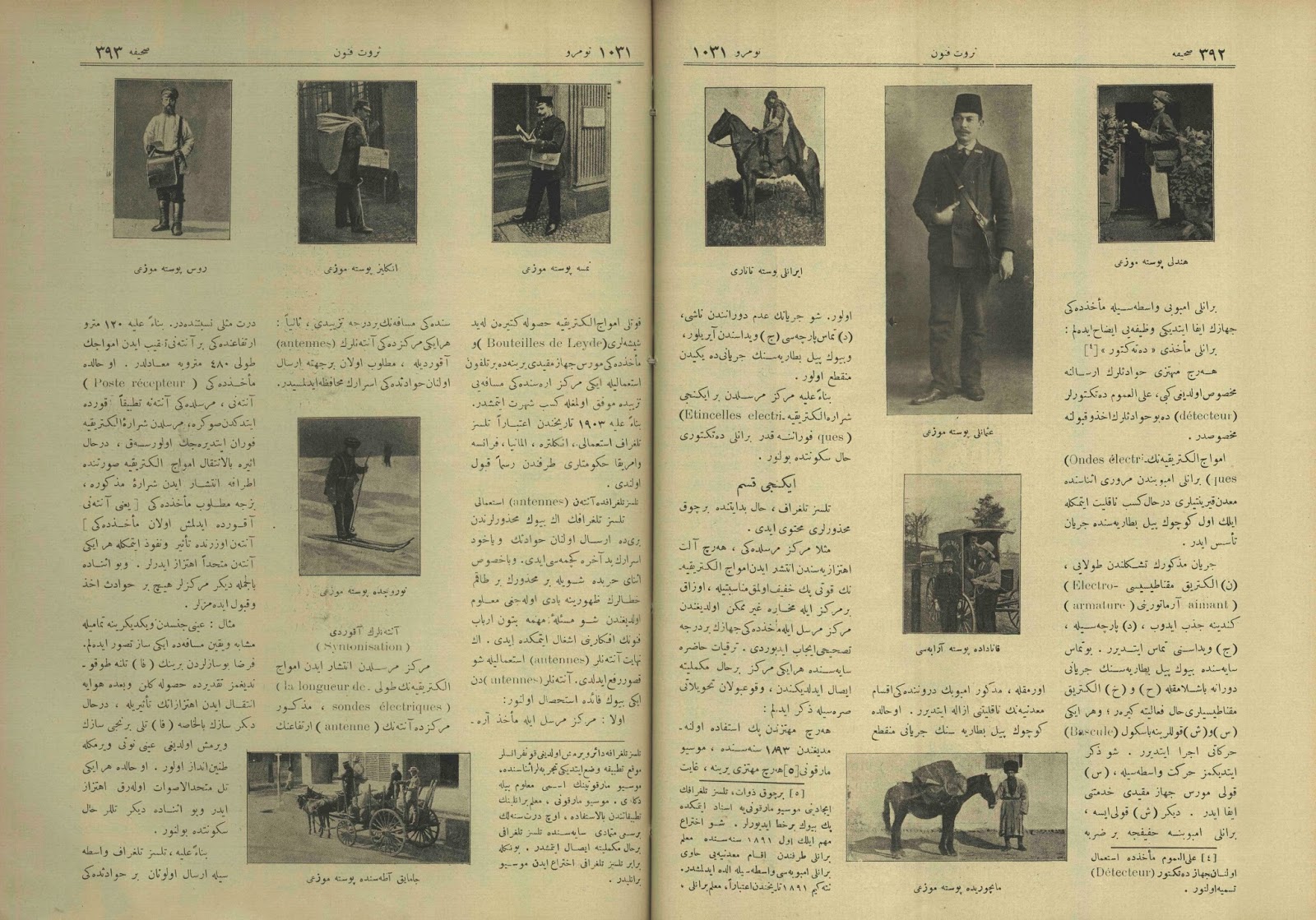 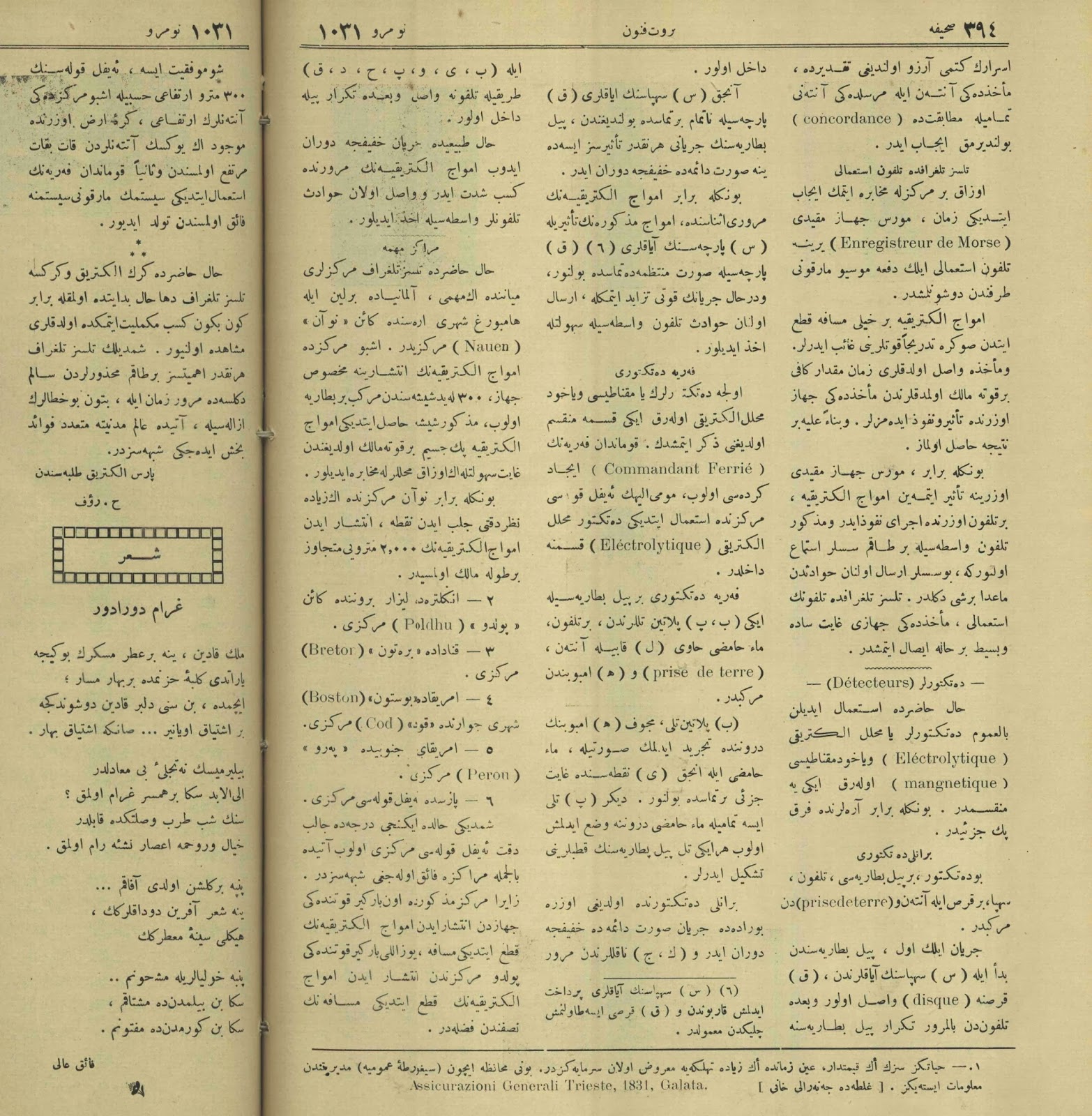 Akbar turdi said…
I think the last photo is possibly not Manchurian Postman. From the man's dressing and appearance (typical central asian dressing) it must be Kashgar or somewhere in eastern Turkestan, considering it's Manchurian occupancy Ottomans believed it is Manchuria.
23/5/17 00:12