British-Ottoman Diplomacy and the Making of Maritime Law

This podcast explores murky boundaries in two senses. The first has to do with Anglo-Ottoman commerce and diplomacy in the early modern period. Like the more well-known case of the the British East India Company in South Asia, British diplomatic representation in Constantinople was also controlled by a corporate entity. Known as the Levant Company, the institution ensured that from the late 16th to the early 19th century there was little distinction between merchants and statesmen when it came to British diplomacy in the Ottoman Empire. The blurred lines gave way to what might be called a “cycle of necessity,” in which British diplomats gave gifts to secure commercial privileges for British merchants who would then fund the diplomats to provide gifts again. Yet the cycle did not always proceed smoothly, and discrepancies between translations of agreements often played a key role in hitches, in the process raising basic yet profound questions about what treaty-making meant. The second part of the podcast considers Ottoman maritime space and legal order more broadly. With respect to this theme, murkiness makes another appearance, this time as it related to the ability to possess or control the sea. What did it mean to draw a line across the waves, to differentiate between su and derya? Particularly in an age of imprecise mapmaking technologies, these efforts at delineation often were accompanied by a good deal of ambiguity, pointing to the complexity - if not always plurality - of legal cultures and claims to sovereignty that existed in the Ottoman maritime space and, indeed, that extended even ashore the well-protected domains as well. 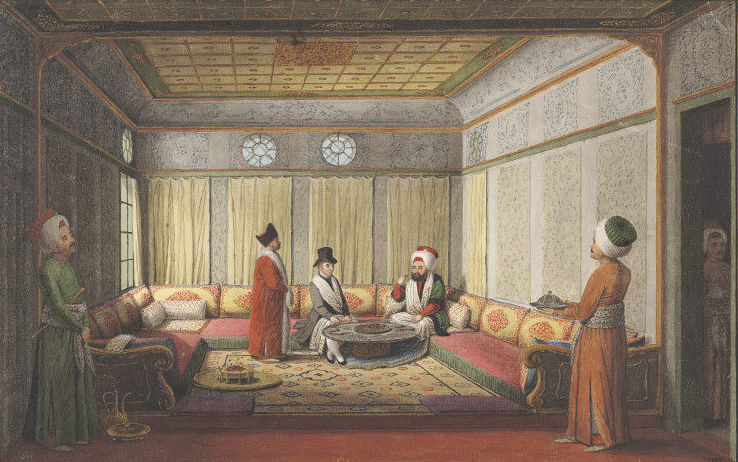 Eldem, Edhem, 'Strangers in their own seas? The Ottomans in the Eastern Mediterranean basin in the second half of the eighteenth century', Studi Settencenteschi 29-30 (2010), 25-58.

Heywood, Colin, 'Ottoman territoriality versus maritime usage: The Ottoman islands and English privateering in the wars with France, 1689-1714' in N.