This episode explores the post-World War II travelogues of Bosnian journalist Hasan Ljubunčić, who went on the Hajj pilgrimage to Mecca after the Second World War. His narrative showcases the entanglements between religion and politics, Bosnian Muslims and their contemporaries in Turkey and the broader Muslim world, and socialism and Islamic modernism. In the immediate aftermath of the Second World War, Bosnian Hajjis sought alliances within the Muslim world. The travelogues thus speak to multiple audiences: local Muslim populations, socialist authorities, and international interlocutors. On a broader level, this evolving Hajj discourse speaks to similarities between Islamic and socialist modernist projects and the practical ways these were used in postwar Bosnia. 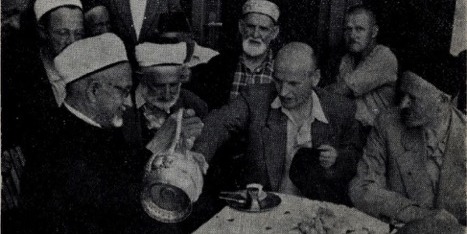 Henig, David. "Crossing the Bosphorus: Connected Histories of "Other" Muslims in the Post-Imperial Borderlands of Southeast Europe." Comparative Studies in Society and History 58 (4), (2016): 908-934.