Palestine: The History of a Name | Zachary J. Foster


Conventional wisdom on the history of nationalism tells us that nations are of recent construction, and this has often been the case within the historiography of the modern Middle East. With the example of Palestine, some have denied the significance of such a name or notion before the nineteenth century. Yet, sources from throughout the Ottoman period are full of references to a place called Palestine (Filistin). In this episode, Zach Foster explores the continuity of Palestine as a geographical construct throughout the Ottoman period and the changes in the significance and limits of this territorial designation. 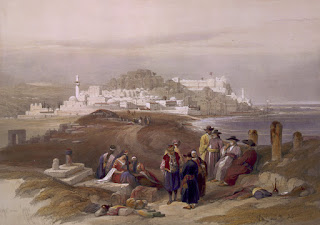 Gerber, Haim, Remembering and Imagining Palestine: Identity and Nationalism from the Crusaders to the Present (New York, Palgrave Macmillan, 2008)

Porath, Yehoshua, “The Political Awakening of the Palestinian Arabs and their Leadership Towards the End of the Ottoman Period,” in Studies on Palestine During the Ottoman Period, Moshe Ma‘oz (ed.) (Jerusalem: The Magness, Press, 1986), 351-381.