On Being Rum in Turkey in 1956: A Letter from Yakovos Bilek to Prime Minister Menderes

by Nicholas Danforth
published on 26 July 2013 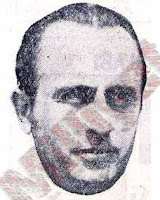 From the 1940s through the 1970s, Yakovos Bilek (photo right, courtesy of Milliyet) was one of the foremost names in Turkish basketball. In addition to achieving on-court success as a player then international referee, Bilek served as head coach for Beşiktaş as well as the German national team (were he earned the title "Miracle Man" for bringing the team from 28th to 14th in the European league). He sent the following letter to Prime Minister Adnan Menderes in the context of escalating hostility toward local Greek Orthodox citizens (referred to in Turkish as Rum) over the Cyprus dispute. A year earlier, rioting during the 6th and 7th, of September, 1955, targeted Rum businesses and churches in Istanbul and Izmir. Over a dozen people were killed in the violence, which dramatically accelerated the emigration of Istanbul's Rum community. Menderes himself was charged with responsibility for orchestrating the riots following the 1960 coup. Though there exists no evidence to date suggesting the Menderes government anticipated the full scale of the violence, there is evidence that they supported the riots, both tacitly and directly, as a way of demonstrating the Turkish people's resolve over the Cyprus question. Yakovos Bilek died in Athens on May 4th, 2005.

When the Greeks occupied Izmit, they ordered my late father: Take off your fez and put on a hat. He disobeyed their order saying: You are guests here. One day soon you will go back to where you came from. I feed my family with this fez. This is my homeland.” (He was a tobacco expert. By the name of Todori). He raised us with this idea, and my brother and I regarded - and regard - this land as our true homeland. I rose to the highest rank an athletic youth can: I started for the Turkish National Basketball team when we routed them [the Greeks] on their own court in Athens. And in Istanbul we lost the rematch, but I personally scored the most points. I became an international referee and, in Milan, Yugoslavia and the 1952 Olympics, I happily represented Turkey in this capacity. I represented my country with honor, as a Turk, with star and crescent on my chest. And I am proud of this.

But all of a sudden: “You minorities, there’s no place for you anymore. You’re parasites…” and so on. Personally, I’m not worried about these inappropriate words, but as the father of two girls I have to think about my children’s future.

The thing I want to be sure on:  What does “you minorities” mean? I feel just as Turkish as a Muslim Turk. After completing all my duties, will my “Turkishness” be taken from me on account of religion? I am a sports writer for Istanbul Express and Mr. Mitat Perin knows me well. Why do I feel myself wronged, why do I feel estranged from my own country? With all honesty I can assure you that the whole Rum community in Istanbul thinks the way I do. Greece doesn’t concern us, nor does its wrong and mistaken policies. On every matter we truly think like Turks, including the Cyprus question. We each desire to count ourselves among the country’s twenty four million Turks and work and be successful for our country’s future with peace and honor. History has shown us that “the fate of fantasy-prone nations is destruction.”

Of you I ask for our continued existence in our beautiful and fortunate Turkey, and for the alleviation of our worries. I respectfully thank you for accepting my truest feelings of admiration.