Today, many observe that Istanbul is increasingly devoid of green spaces. Fields, gardens, forests, and parks have given way to concrete housing developments, highways, and shopping centers as the city sprawls in all directions. With the prospective destruction of the historical Yediküle gardens, the rapid cutting of Istanbul's northern forests, and the now-infamous proposed and abandoned demolition of Gezi Park, public concern over maintaining what is left of Istanbul's natural and man-made vegetation alike has escalated.

The late Ottoman period was an era of similar urban expansion in Istanbul. By the beginning of the twentieth century, Istanbul was a rapidly growing metropolis of roughly one million inhabitants. On the edges of the city in neighborhoods such as Pera and Üsküdar, an influx of people and wealth brought radical changes to the urban landscape. Yet, this urban explosion came with a green tint. During the last decades of the Ottoman period, a growing interest in agriculture among an emerging Ottoman middle class brought new types of gardens and orchards to the empire's capital.

This article by an Ottoman agriculturalist named Midhat from 1906 features the work of one of Istanbul's rising gardeners, Arsen Mumcuyan Efendi. His fine nursery (fidanlık) in the Monastery's Garden (Vank'ın Bağı, adjacent to Surp Garabed Armenian Church) in Üsküdar attracted the attention of the authors of the "Illustrated Agriculture Gazette (Resimli Ziraat Gazetesi)", who paid a visit to Mumcuyan during the winter to appraise his efforts. The visit produced Midhat's glowing review published in an issue of the periodical that offered an informed perspective on the latest in Ottoman gardening.

Midhat opened his article with a statement about the recent proliferation of gardens and orchards in the Ottoman Empire and the rising interest in flowers and fruit tress. Of course, there was nothing new about planting trees; it was the manner of these gardens that was so novel. Many landowners had begun planting seeds or grafting trees of the choicest types imported from Europe and the United States. In addition to being rather expensive, this practice required expertise and attention to detail. Unfortunately, Midhat lamented, not all were adhering to a high standard of order, since many of the trees and saplings in the markets of the Istanbul region were either incorrectly labeled or not labeled at all.

In contrast to these examples of carelessness, it was precisely the order of Mumcuyan's nursery that earned him approval. His trees were meticulously numbered, inventoried, and cataloged in print (here's a link to what appears to be a copy of the catalog). Midhat called the nursery a "little treasure trove" for those seeking labeled specimens of trees from plums, pears, peaches, and persimmons to apples, apricots, and cherries. Moreover, Mumcuyan's plants were raised in the natural earth and not in pots, Midhat added, as potted plants never turn out to be as strong. Whether expounding the virtues of grafting or emphasizing the importance of identifying soil types, Midhat's review of Mumcuyan's nursery reflected an ordered and scientific understanding of nature consciously constructed in reference to gardening practices in France and other European countries.

Today, all that remains of many of Ottoman Istanbul's green spaces are toponyms referring to long since disappeared gardens, fields, or orchards. Indeed, the neighborhood of Bağlarbaşı (literally Head of the Gardens) in Üsküdar, where Mumcuyan's nursery was once located, provides a ready example. Perhaps it seems only inevitable that such spaces would be claimed by residential areas as population and real estate prices in Istanbul climb. Yet, in some sense, gardens like Mumcuyan's were no more "natural" than a shopping center or apartment complex. They were certainly a different type of urban space but nonetheless constructed by an Ottoman elite culture that valued gardening and horticulture. If Istanbul is decidedly lacking such spaces today, it is not because they have been swallowed up by the organic sprawl of buildings so much as it is that people have chosen to plant concrete where plants once grew. 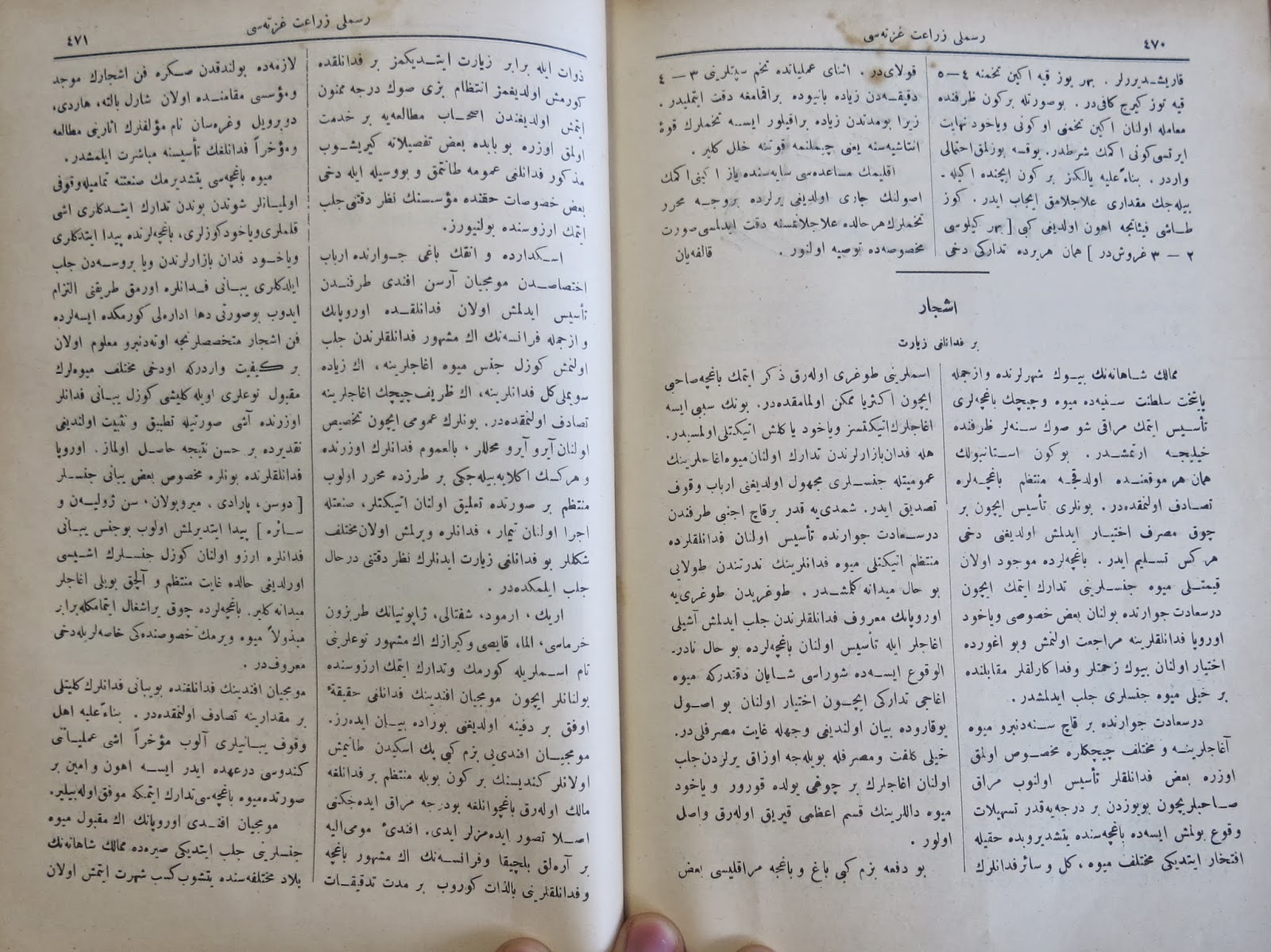 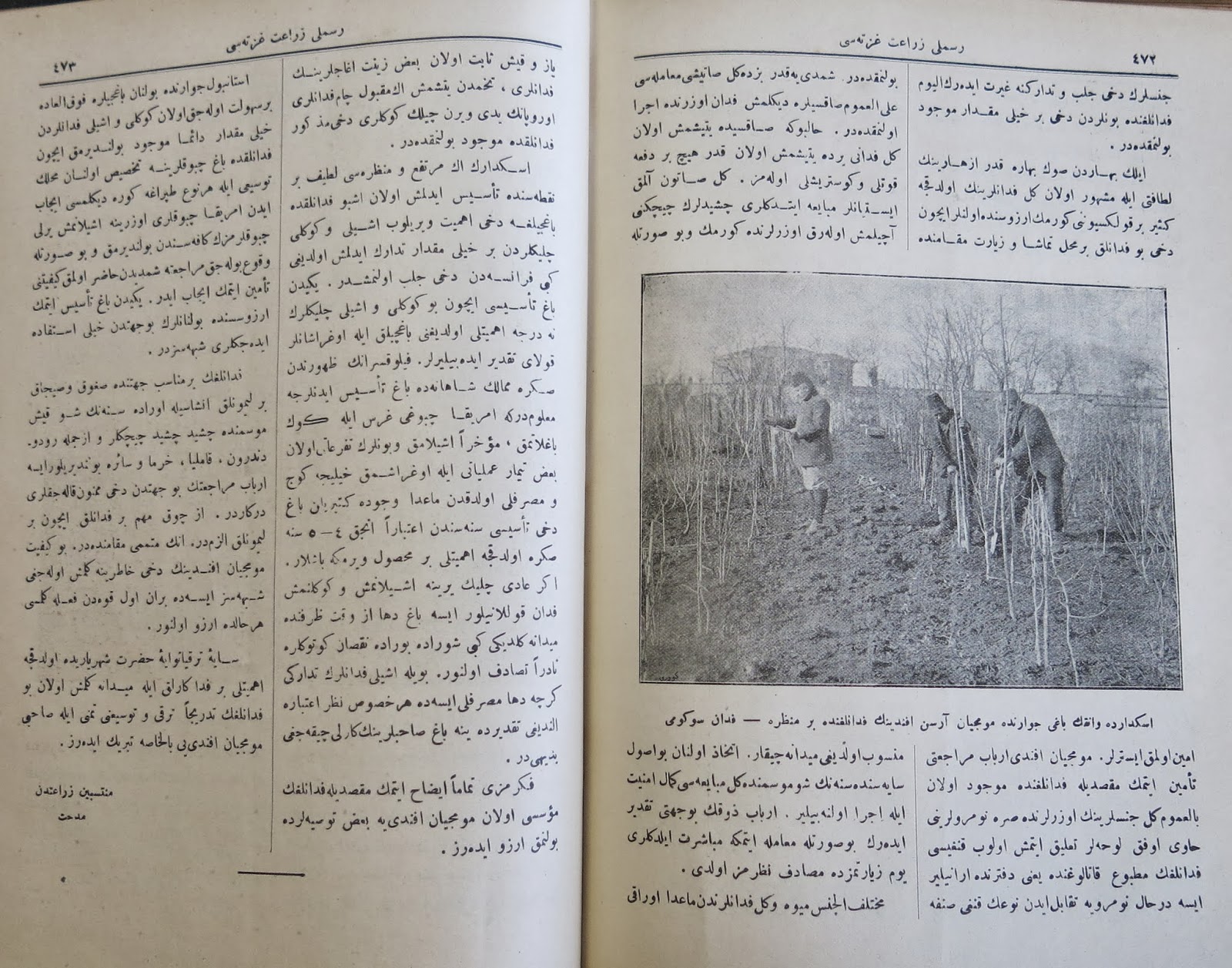