The Ottoman slave trade, which was part of an increasingly globalized trafficking network of the early modern period, brought millions of people from the surrounding regions of Europe, Asia, and Africa to the Ottoman Empire. While abolition and emancipation movements occurred in various forms throughout the last century of the empire's history, slavery remained in practice until its very end. In recent decades, the ignored history of the Ottoman slave trade has received more attention, but there has been considerably less discussion of how enslaved people brought to the empire contributed to its socioeconomic and cultural transformation and where the descendants of such people can be found today. In this episode, we talk to Michael Ferguson about his research on the African diaspora in modern Turkey, especially around the city of Izmir. We discuss the origins of Izmir's Afro-Turk community, their historical experience during the late Ottoman and early Republican periods, and the ways in which the Afro-Turk identity has been transformed and revived in recent years. We also delve into shared aspects of history and culture between diasporic African communities in other parts of the Middle East. 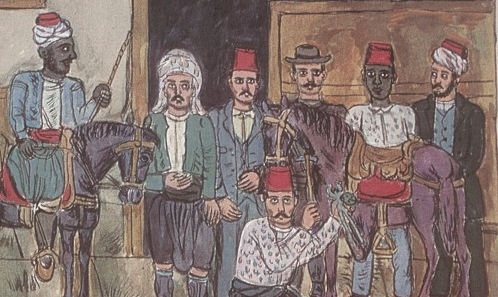 Ferguson, Michael. “Abolitionism and the African Slave Trade in the Ottoman Empire (1857- 1922)” in Gwyn Campbell and Alessandro Stanziani, eds., Human Rights in Afro- Eurasia from the Seventeenth Century to the Present, Vol.1, The Longue Durée of Bondage in Afro-Eurasia, 1600-1900. New York: Palgrave MacMillan. [forthcoming, Fall 2016]

Ferguson, Michael. “Clientship, Social Indebtedness and State-Controlled Emancipation of Africans in the Late Ottoman Empire” in Gwyn Campbell and Alessandro Stanziani, eds., Debt and Slavery in the Mediterranean and Atlantic Worlds, London: Pickering and Chatto, 2013: 49-62.

Ferguson, Michael. “Enslaved and Emancipated Africans on Crete,” in Terence Walz and Kenneth M. Cuno, eds., Race and Slavery in the Middle East: Histories of Trans-Saharan Africans in Nineteenth-Century Egypt, Sudan, and the Ottoman Mediterranean. Cairo and New York: The American University in Cairo Press, 2010: 171-95.