A Half Century of Occupation


2017 marked the fiftieth anniversary of the Six-Day War and the start of the Israeli occupation of the West Bank, Gaza Strip, Sinai Peninsula, and Golan Heights. Gershon Shafir discusses why this occupation has lasted for so long in the West Bank and how “the Occupation” has differed from earlier forms of settler colonialism in Israel-Palestine. In particular, we focus on the state of “permanent temporariness” that the Israeli government has purposefully inculcated in the face of international law and the emergence of a specific movement of religious-nationalist settlers. At the end, Shafir contemplates how the Occupation has changed the larger Arab-Israeli conflict itself and, by means of a feasibility study, suggests a variety of different visions for the future of the area. 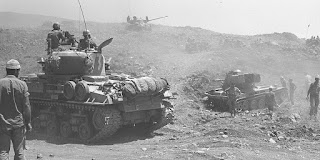 
Shafir, Gershon. A Half Century of Occupation: Israel, Palestine, and the World’s Most Intractable Conflict. Berkeley, Calif.: University of California Press, 2017.