with Sumayya Kassamali
hosted by Shireen Hamza and Sam Dolbee


Who do you think of, when you think of Beirut? In this episode, we speak to Sumayya Kassamali about the many non-citizen workers living in Beirut today, and how migration, race, class and gender affect their lives there. Many domestic workers who have migrated from Sri Lanka, Ethiopia, Bangladesh and other countries to work in Beirut have fled their employers' homes. Focusing on the neighborhood of Dawra, Sumayya explains the many creative ways these women find to navigate life while undocumented in Beirut, how their lives have intertwined with other non-citizen peoples, like Syrian and Palestinian refugees, and more recently, the labor organizing of a vocal minority. We discuss how these migrant workers may also be thought of as exiles, and how the idea of a normative "Middle Eastern" subject needs to change. 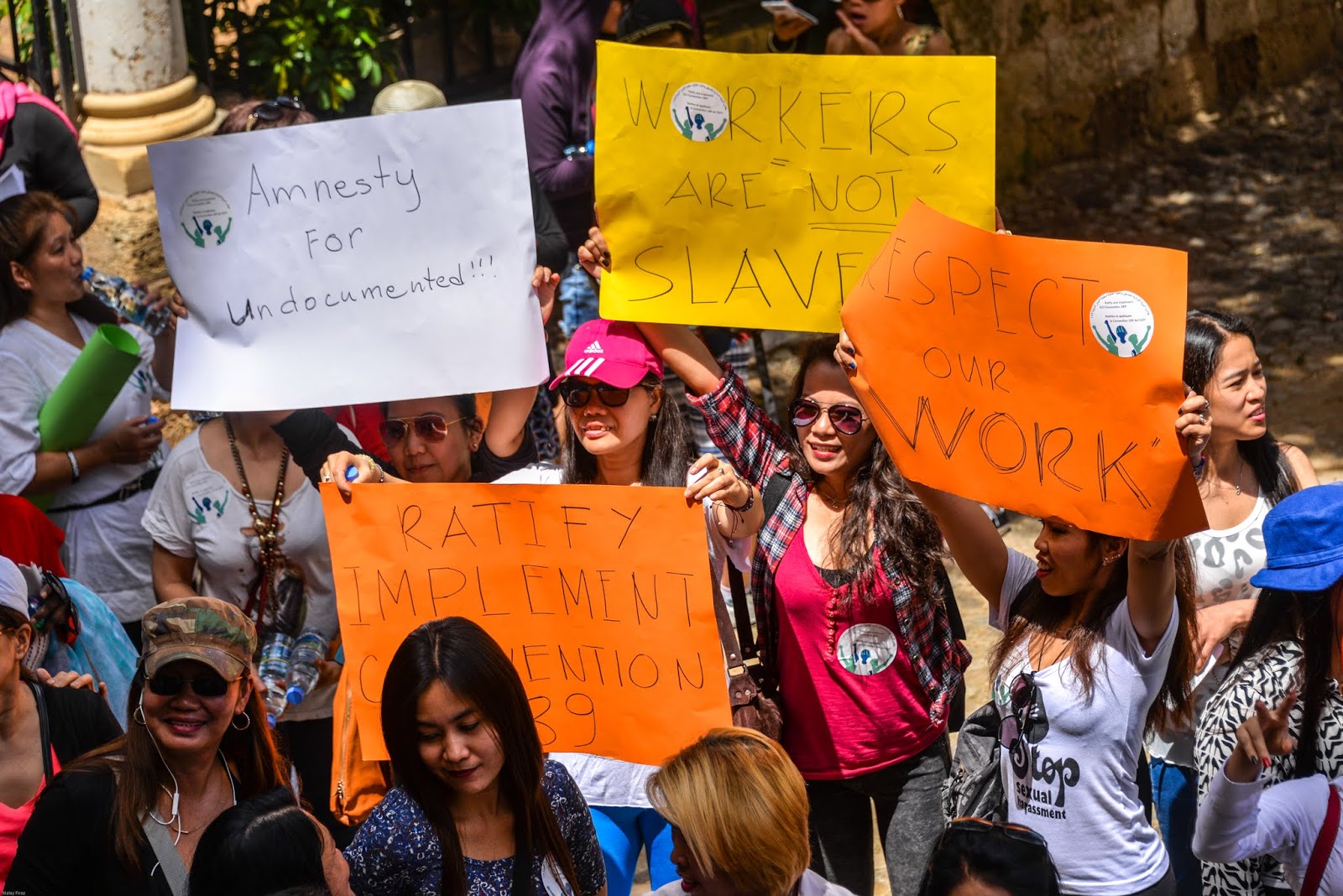 Beydoun, Khaled A. “The trafficking of Ethiopian domestic workers into Lebanon: Navigating through a novel passage of the international maid trade.” Berkeley Journal of International Law (BJIL), Vol. 24 (2006): 1009—1047.

Bizri, Fida. “Sinhala in contact with Arabic: The birth of a new pidgin in the Middle East.” Annual Review of South Asian Languages and Linguistics (2009): 135-149.