Mihri Rasim Between Empire and Nation


Many myths have accompanied the life of Mihri Rasim, but few are as interesting as her life itself. Born to a wealthy family in Istanbul in the late Ottoman period, Mihri Rasim became a politically connected painter, living in Italy for several years on her own and then Paris, where she played a key role in the salons of Ottoman dissidents known as the Young Turks. In the wake of the 1908 Constitutional Revolution, she returned to Istanbul, and opened the Fine Arts School for Women in Istanbul, where she went on to teach. After the war, she went to Italy, and then the United States, where she continued her work painting and teaching. In addition to many self-portraits, she also painted various powerful figures, among them Mustafa Kemal, Mussolini, and Thomas Edison. Listen for a discussion of art, gender, and migration in a period of momentous political change. 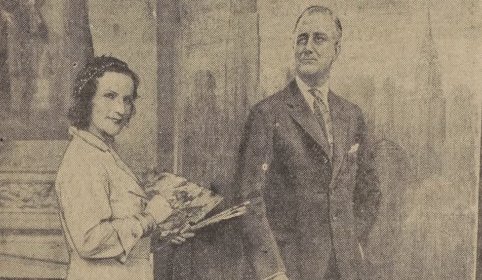 Arat, Yesim (1997), 'The Project of Modernity and Women in Turkey', in Reşat Kasaba and Sibel
Bozdoğan (ed.), Rethinking Modernity and National Identity in Turkey (Seattle, WA: University
of Washington Press), 95-112.

Ersoy, Ahmet (2015), Architecture and the Late Ottoman Historical Imaginary: Reconfiguring the Architectural Past in a Modernizing Empire, Burlington, VT: Ashgate.